There’s a reason we put so much emphasis on safety at Limo-Scene.

This month, London’s Covent Garden saw a limo being cut up as part of a multi-agency campaign warning of the dangers of hiring uninsured and unlicensed limos.

The car had been seized by the Met for failing to meet safety standards after it was found to be carrying 12 passengers despite only be licensed for 8.

London Fire Brigade cut their way into the limo as onlookers were told how the restricted, single rear door could mean firefighters would have to cut into the vehicle in order to rescue passengers.

Since last year, they have run 19 joint operations, in which they carried out 338 roadside checks and seized 27 vehicles. 232 were completely banned from being driven on public roads altogether.

Londoners thinking of hiring a limo were urged to check the vehicle was properly licensed and insured.

London’s Transport Commissioner, Sir Peter Hendy, said unlicensed limos “present a real threat and danger to the safety of people who hire them”.

Heather Cruickshank, VOSA’s Operations Director said: “The majority of limo operators are licensed and use their vehicles responsibly, but there is a sizeable minority that does not operate in this way – and the public must be alert to this risk.

“Only booking with licensed operators is the best way of minimising the risks to themselves and other road users – and helps send a clear message to those who chose to try and trade unlawfully.” 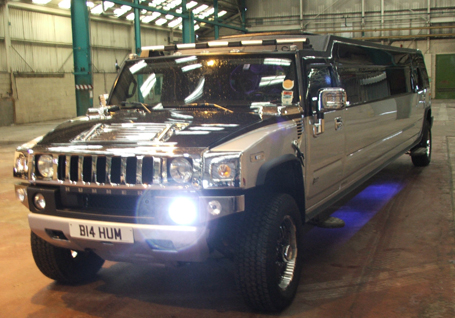 It’s no secret that hundreds of companies operate unlicensed limos. This matters because, if they are caught while you are on your way to the venue, they could get arrested and you will be left stranded.

In order to ensure this doesn’t happen, there are some valuable things for you to bear in mind…

Limos with over eight passengers need a special licence

You often see 10 passengers coming out of vehicles, but standard limos are only allowed eight people.

Any with more need a special qualification called Certificate of Initial Fitness (COIF). It is wise to insist you see a company’s COIF if they claim you can fit more than 8 into your vehicle.

ALL our limos are properly licensed so there’s no need to worry with us.