Fifteen facts about the limousine 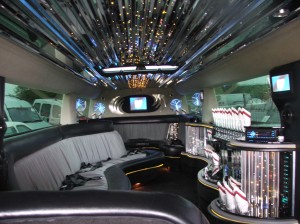 We really love to geek out on limos sometimes. So, for your entertainment, we are treating you to some great facts about the limousine that we bet you didn’t know!

1. The limousine was named in honour of the historic province of Limousin in France and, therefore, is a toponym, meaning it is a word derived from the name of a place.

2. The first stretch limousine was built in 1928 in Arkansas, a southern region of the United States.

6. Safety regulations set in the nineties required SUV limousines not to be longer than 120 inches, meaning there was only capacity for 10 passengers 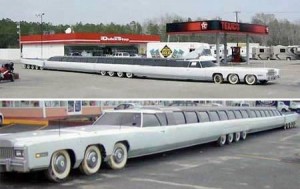 9. The longest car in the world, although not street legal, is fully equipped with luxuries including Jacuzzi, swimming pool and diving board, sun deck, helipad, king size bed and satellite dish.

10. The SUV limo was produced to satisfy needs of clients, introducing a whole new set of amenities and luxury and was manufactured by GM and Ford.

11. The most popular SUV limo hire model, used for weddings, prom and nights out, is the Lincoln Navigator. 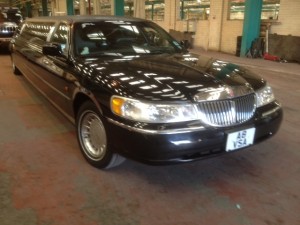 12. Despite being discontinued, the Lincoln Town Car is the most popular car amongst executives for airport transports.

13. The midnight Rider claims to be the world’s largest and grandest limo. Based in Southern California and licensed to travel anywhere within the United States she has 460 square feet of space and is referred to as a night club on wheels.

14. Drinking under the influence laws have become harsher with the increased awareness of drinking and driving, meaning luxury limo hire has become a popular way of having a designated driver.

15. Exotic Limousines are often developed to be the ultimate stretch limo and are often performed on luxury cars and sports cars and even Minis and tend to include extra unnecessary amenities and axles to support extra weight or length.

← 4 ideas for children’s party limo hire What prices can I expect when I hire a limo? →